Is There A Lab Test To Find The Right Medication For You?

When it comes to finding the best meds for your condition, it can be a long process to find the right suit. In episode 310, I responded to a super interesting question about whether there is any genetic test or likewise that we can use to find the right medication. In this post, I dive into this topic to see where we are at!

Hello, a quick question for the podcast:

Are we getting close to effective testing for brain chemistry so we can use the right medication the first time?

Really good question! I don’t think that I’ve covered this on the show, but there has definitely been an increased interest in genetic testing over the last few years, so I think it’s a great topic. With the rise of sites like 23 and me, there is unprecedented and easy access to your genetic information, which can yield a lot of important insights, but I appreciate this question because there is also a lot of misinformation, marketing, and overextrapolation that happens. It’s important to be a critical consumer, especially in the US. When you say testing for brain chemistry, this is about as close as we have right now. There are also things like functional neuroimaging etc. that have promise, but currently there is nothing out there that is known to reliably help us choose appropriate medications for a given psychiatric disorder.

I’ll use this question as a prompt to talk more about genetic testing because that’s what most people I see in practice and online are curious about. It’s also becoming more common for doctors to recommend it and/or use it in the decision-making process. Most of what genetic testing for psychiatric medications tells us is how well our bodies will likely metabolize something. Basically, the rate at which the body will use up a substance. In some cases, there can be some utility to this. For some medications, slower metabolism of the substance leads to more of it hanging around in your system, which then in turn can cause more unwanted side effects. In other cases, metabolizing something very quickly may mean that someone needs a higher than usual dose of something because it’s burned up so quickly. We actually see this in kids. Sometimes parents are taken aback by how high a dose their child is placed on for a given psych med. However, it’s because their young body burns through it so quickly and they need a higher dose to actually make an impact. These are very loose guidelines though, and what it comes down to is that clinical judgment and other health factors are better predictors of these things than genetic testing. Blood levels of a drug also don’t always predict a clinical response as well. So, these tests effectively tell us nothing about how well a given drug will work. I think at best, they can be used to know which drugs you may want to avoid at first.

It’s known that genes determine some of our risk for depression and other psychiatric conditions as well as the response to treatment, but there is no single gene or group that determines these in the general population. Unfortunately, the genes that some of these companies have singled out as markers for drug efficacy in individuals are not supported by clinical research. There is a lot of research still to be done, and truly the field is in its infancy, but there have been a number of studies and they generally do not show any benefit beyond just good psychiatric practice. In some of the studies, what they find is that people were on the wrong meds for them, but it wasn’t even the genetic testing that helped them get on the right meds. So they got better, but not because of the testing. Just because of better practice. The APA and FDA have actually taken action in this matter. They both advise that genetic testing should not be used at this point by medical professionals in determining which antidepressants to use after establishing task forces and reviewing the research. There is simply not sufficient evidence to support their use in clinical settings.

The realm of misinformation

There are also issues related to claims that companies make. Unfortunately, we are in a society where misinformation and inflated claims spread easily. All someone has to do is spend enough on Facebook advertising or get the right Tiktok influencer to convince people that something is the right clinical choice for them. That advertising leads to profit, so these for-profit companies are very motivated to appear as if they are a useful clinical tool. This reminds me of what Prevagen does – the jellyfish supplement that they advertise to older people during Jeopardy and Wheel of Fortune. The FDA has had to warn some genetic testing companies about false claims. One strategy that you need to be aware of is that companies will provide a section about research on their website to try to prove legitimacy, but they will totally misinterpret the research. If you are not actually looking at the primary studies or following accurate science reporting organizations, you are likely to just take their word for it. Between the ease of access, the customer-friendly packaging and reporting, and the aggressive marketing, it’s very much a recipe for people buying into science that isn’t necessarily bad by nature, but it simply just isn’t there yet.

If you do decide to do some genetic testing, there’s nothing wrong with that. Just take it with a grain of salt and bring the results into your doctor to discuss. This is also true of things like 23 and me. It can be one piece of information among others in the diagnostic and clinical picture, but it should not be the main factor in making these decisions. These are really exciting developments and it could be that in a number of years we have a test that can look at a combination of your genes, neuroimaging, and blood markers to determine the best-fit medications and treatments, but that time is unfortunately not now.

You can listen to this on Episode 310 of the podcast! 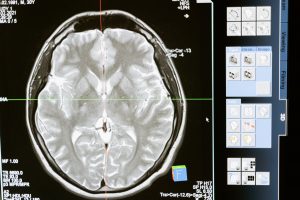 Episode 310: Genetic Testing for Antidepressants & Hating Sex in Marriage
Hello, friends! In this episode, I answer questions on intimacy in marriage when you can't stand sex, and whether we…