Bipolar in College: Returning To School With Confidence

In episode 306, I received a question from a listener who lives with bipolar 1 with psychotic features. Having taken a break from college after being hospitalized, they are now looking to head back to school but are unsure on what path to take. In this post, I offer my thoughts and advice on heading back to college after a difficult life period.

Hey Duff! Last fall, I started college for engineering but was hospitalized by police about a week and a half in. Turns out I’m bipolar 1 with psychotic features—oh well. I’ve spent the past year working at a boba shop, interning at an animal sanctuary, and getting stable. Suddenly it’s spring, and college decision time has caught me off-guard for the second time. With scholarships/financial aid in mind, my two best bets are a school close to home and the school that I attempted to attend this year. My mom believes that if I don’t return to the original school, I won’t be building the resiliency that I should from this experience, but I am a little nervous about returning, especially considering the erratic behavior I exhibited while manic. Is she right? Any advice for getting up the courage to go back to college in general? Happy Spring!

I’m a little bit late getting to this question, so if you have already made some decisions about all of this, I apologize, but hopefully my thoughts can be helpful to you or anyone else in a similar situation. What a tough break you’ve had. Some people who have not had experience with bipolar might be surprised to hear that you only discovered it at this point in time. However, it is often the case that someone’s first manic episode happens because it was triggered by significant stressors or changes in life. College can be a big shift in your life, especially if you are away from home. I’m so sorry that you had to go through the experience of being hospitalized. I hope it was helpful in the end, but it is always a difficult and sometimes scary thing.

Just to explain a bit about what you had mentioned about your diagnosis. Bipolar 1 is the type of bipolar where you have full manic episodes. There are a variety of symptoms that can happen during mania, but common ones include heightened energy, rapid and pressured speech, flight of ideas, decreased need for sleep, inflated self-image, impulsive behavior, poor decision making, and sometimes agitation. These periods tend to last for a week or more and may not be apparent to the person until after the episode has passed. Now, you said your bipolar has psychotic features. This means that you have had experiences similar to those with psychotic disorders. This can include hallucinations, delusional thought patterns, or disorganized thinking and speech. Pretty brutal and scary stuff. While it can feel good to be manic, if unmanaged, it can lead to some serious trouble and it also often leaves a toll on you. Physically, you can feel pretty wrecked afterward. You can also have some fallout to deal with because of the behaviors that happened during that time. For example, if you left a job, didn’t turn in a paper, inappropriately interacted with someone etc. these are things that you are going to be left having to deal with.

Anyways, I want to give you some serious props. It sounds like you took a leave of absence or otherwise left school to focus on getting stabilized. A lot of people have a hard time making good use of breaks like that, but from what I can hear, you have really knocked it out of the park. You are just staying home and watching Netflix all day. You have been working, interning, and trying to better yourself. That’s awesome and you should be very proud of yourself. I’m assuming that you have also gotten some treatment after your initial diagnosis? Bipolar is one of those mental health issues that is often quite difficult to manage without medication. That isn’t to say that therapy isn’t an important part of the puzzle, but the medications for bipolar are meant to reduce the intensity of mania as well as to help cope with depression. If you are now on an appropriate mood stabilizer and it seems to be doing well for you, you are in a totally different ballgame than you were last time you were in school. That should be kept in mind. It’s not like you are going back in the exact same circumstances as before.

Returning to college with confidence

I’m very proud of you for wanting to get back to school and pursue something that will hopefully serve you well in the future. Very brave and I think it already demonstrates a lot of resiliency. I can understand what your mom is saying, but I truly don’t think it’s as clear cut as that. If you are avoiding that school because you have such fear of it given what you’ve been through but it’s clearly a much better choice for you, then I can understand. I wouldn’t say it’s all about developing resiliency, but rather about not avoiding things that are scary. In the end, it’s just a few years of college. It’s not the end all be all. Everyone’s situation is different, but for the most part, once you have your degree, it really doesn’t matter where you went to school. You will want to make sure that you are going somewhere that can give you the experience that you need to move in the direction that feels right to you. So, I would evaluate the schools based on those sorts of factors. Which is the right choice for you regardless of the bipolar. The school close to home obviously has advantages in terms of having resources and access to family if you find yourself in need. But at the same time, one of the most beneficial aspects of college, in my opinion, is the chance to have a practice adulthood. You get to learn how to care for yourself and become more independent in a way that still has a built in structure and some degree of safety net.

Bipolar is not going to go away for you. You are going to have to learn how to best manage it for yourself with whatever combination of strategies and resources and up working for you. Again, the difference is now you are aware of it. Hopefully you have a team of providers that are on board and there are trusted people that will be able to help you see if you are starting to get elevated and manic. I think that school actually serves as an awesome setting to really dial in how you deal with bipolar if it continues to pop up in a problematic way from time to time. If you are worried about the social aspect of returning after you behaved erratically while in a manic phase, I would say that is certainly understandable, but also something that you probably don’t need to worry about quite as much. People have short memories in general and there are likely quite a few people at your school, which means that not everyone is going to be staring at you as you walk in as if it were some teen romantic comedy. This part of things would smooth over quickly for you, I’m sure even if it is a bit nerve-wracking at first.

I think that whatever you choose, you will do great. It’s a super-strong thing to do to go back to school after having such as troubling thing happen. Wherever you end up going, don’t go through it alone. Make sure you have your team of providers meaning a psychologist and psychiatrist. Make sure you are regularly updating trusted family or friends. If there are resources at school that you can take advantage of, don’t be afraid to get that sort of support as well. There is a huge difference between where you were at before and where you are now. And let’s be real – if you were to try to go to school again and it turns out that you are just having way too difficult of a time tolerating it with the severity of your symptoms, you could always stop again. That’s not the end of the world, although it is a little frustrating. You are young. Now is the time to take some chances, make mistakes if you have to, and figure things out. You aren’t supposed to have it all figured out yet.

You can listen to this on Episode 306 of the podcast!

How Can I Support My Autistic Partner’s Mental Health Without Harming My Own? 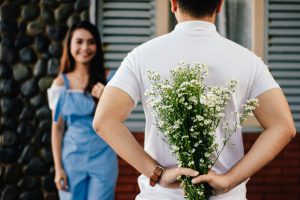 Should I Rekindle My Broken Relationship?
In episode 306, I received a question from a listener whose partner had recently left them, resulting in a downward…