In this episode, I’m trying something slightly different. Rather than taking three questions, I’m taking one and using it as a jumping off point to go in-dept into topics related to the question. Sort of combining the deep-dive and Q&A formats. I’m going to try this for a few weeks and then ask for your opinions. Today’s episode is all about C-PTSD or complex post-traumatic stress disorder.

Hello!
I’m a new listener and I had a general inquiry about C-PTSD. Now I’ve been officially diagnosed with major depression and half way kind of diagnosed with social anxiety disorder (a college psych professor said it was a strong possibility, and a lot of my anxiety triggers stem from social situations like friends, work, etc.)
C-PSTD is my own arm-chair-diagnosis. Just briefly, I have a lot of repressed childhood trauma and I notice a lot of my triggers stem from things that happened when I was a kid. So my question is, do you have any experience with C-PTSD? Do you recognize is even though it’s not officially in the DSM? Thank you, love your podcast! 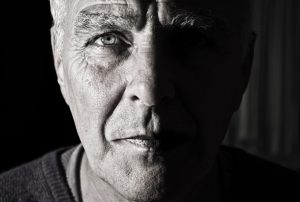 Episode 129: All About Dementia
In this episode, I do a deep dive talking about a requested topic: dementia. It can be hard to find…