In this episode, I take a question from someone about how they can help their romantic partner who is great most of the time but gets suicidal or violent every so often. How can she get him to go to therapy or recognize the that there are actual issues going on? I give my perspective on this question and also spend some time defining bipolar disorder. Enjoy!

…the situation with my boyfriend is what is worrying me right now.
He has been misdiagnosed a few times as bipolar, anxious, socially anxious and some sort of depression but these don’t really fit with what he’s like i don’t think. He is very high functioning he is doing his masters is a top student, has a wide group of friends and loves his mom and him and I have had a beautiful relationship where he has been nothing but great to me for almost two years. but he goes through cycles where he gets suicidal at his lowest (every few months) or really aggressive or suicidal whenever he drinks, he has also been really struggling with existentialism. I guess my question is what can i do to help, I try to be supportive but he closes off at his lowest and when the cycle begins again and he ‘is fine’ he forgets how it was bad and thinks he doesn’t need/ can’t be helped.
He is on medication right now and I am finally convincing him to seek therapy but most of the time he doesn’t think he can be helped.. I am afraid that I will have to worry about his safety and happiness my whole life rather than live a normal one. And that makes me feel like a horrible person. I would really love some advice whatever it may be.

This episode is brought to you by Blinkist. Blinkist is an app and website that packs the key info from thousands of best selling nonfunction books into summaries that you can either read or listen to. For me, the listening part is key. I probably get the majority of my information passively through listening to podcasts and audiobooks. I tend to listen while I’m in the car, washing dishes, or scoring assessments that I’ve done. I don’t have a lot of time to read and listening to information helps me make the most of my time. I’ve done some exploring of blinkist and I think it’s something that I’ll continue using. The best part for me is that you can use the app or your web browser. Sometimes I like to take in information while playing games on the comp and this would be perfect for that.

Blinkist currently has a special offer for our audience for a 7 day free trial. Go to blinkist.com/hardcore to get it. 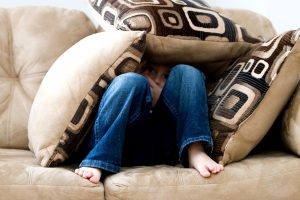 Episode 130: Complex PTSD
In this episode, I'm trying something slightly different. Rather than taking three questions, I'm taking one and using it as…