Episode 132: When to Stop Taking Meds for Anxiety

Fantastic episode for you today. We go deep into the different types of medication for anxiety, how to know when it’s time to stop taking them, and ways to cope with anxiety that you can use with or without medication. This is the third episode taking a slightly different approach with just one question per episode, with the intention of diving deeper into topics. Now it’s time to give me some feedback. Please use the following link to fill out my short survey: https://goo.gl/forms/Gjel9vdQZuqxh6Wn2

Hello, I recently started listening to your podcast and found it very helpful. I have always had a type A perfectionist personality. This year I could not get my mind to stop running to the point of constant exahstion and anger. My primary care doctor prescribed 50 mg sertraline a day and diagnosed general anxiety disorder. I have been doing a lot better but I don’t want to be on this forever if I don’t have to. Any advice on how to know when I could stop taking it and how I can manage my anxiety with out meds. Any advice is greatly appreciated. Thank you.

Thank you for the question. There is definitely a crossover between perfectionism and anxiety.

Are You Ready to Kick Anxiety’s Ass?

If you’ve been listening to the show for a while now, you’ve probably already heard about my course, Kick Anxiety’s Ass. I am happy to announce that it is now open year-round. Kick Anxiety’s Ass is my 10-week system based on established science and therapeutic techniques to help you take your life back from anxiety. For you, my favorite podcast listeners, I’ve got a super special discount. If you go to kickanxietycourse.com and use the coupon code, PODCAST, you will get a full $100 off. That’s the highest discount currently available.

If this episode is ringing a bell for you, you are a perfect candidate for the course. I take you three 10 different seconds, each with three video lessons of me explaining the skills and information that you need to kick anxiety’s ass. We cover everything from the basics like breathing and thinking adjustments to lifestyle changes and managing social media. It’s good stuff. 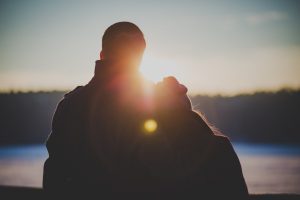 Episode 131: Supporting a Reluctant Partner
In this episode, I take a question from someone about how they can help their romantic partner who is great…