Episode 143: When Life Gives You Parkinson’s with Larry Gifford

On this episode, I have an interview with Larry Gifford from the When Life Gives You Parkinson’s podcast. He was diagnosed with early onset Parkinson’s disease at age 45. This was a serious curve ball for someone with a spouse, a child, and a blossoming career in radio. We talk about his show, coping with a Parkinson’s diagnosis, honest conversations with family, and misconceptions about Parkinson’s disease.

Congratulations to this weeks book winner, @passtlivess! If you’d like to win a print copy of one of my books for free, just share your favorite quote from this week’s episode on Facebook, Instagram, or Twitter, and tag me @duffthepsych, so I see it.

Parkinson’s disease is a progressive disorder of the nervous system that causes a breakdown in the neurons that produce a chemical called dopamine in your brain. This leads to a variety of symptoms including impaired balance and coordination, tremor, muscle rigidity, and walking difficulty.

Although it’s often thought of as an “old person’s disease”, Larry Gifford is living proof that the disease unfortunately can take hold much earlier in some. Larry was a great guest and laid his experience out there in such an open and inviting way. Here are just a few of the things that we discussed:

Please go check out Larry’s podcast, and visit him on social media! 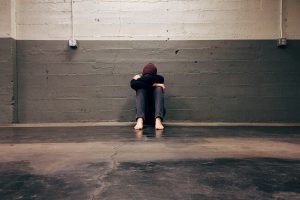 Episode 142: Guilt About Religion, Dealing with Bipolar as a Mom, Panic Disorder
Hello, friends! I have a Q&A episode for you today. This is an extra special episode for a couple reasons.…