This is a super interesting interview with Jonah, who was kind enough to get very personal in discussing his experiences with Electroconvulsive Therapy (ECT). ECT is a safe, but sensationalized, treatment for depression that does not respond to typical treatments such as medication and therapy.

Jonah is also a transgender man who happens to be in a committed polyamorous relationship with two other men. All of these aspects are intertwined in Jonah’s story.

Before we get into the interview, I want to congratulate this week’s book winner, Ash Banks, who reviewed the F**k Anxiety audiobook. If you want to win free stuff, just write a review of any one of my products and send me an email or social media message with the proof and I’ll consider you for the next giveaway. Ash, I’ll be contacting you to send out a free print copy of either one of my books. Thank you!

Electroconvulsive Therapy (ECT) is a treatment you’ve probably come across. In the past it has often been referred to as electric shock treatment, or simply, shock treatment. It gets a bad rap though due to its dramatic representations in the media. But it really isn’t the barbaric treatment that the movies would have you believe it is. Basically, ECT is a procedure where you zap your brain with electricity, which intentionally causes a brief seizure. Sounds scary, right? However, it’s not as bad as it sounds. Today, it’s a very controlled, rigorous procedure that is carried out in hospitals whilst you are under general anesthesia. It’s a therapy that is very safe and effective for treating depression and in general has no negative long term side effects. If you’re interested in finding out more about ECT, check out my answer to the first question in Episode 63!

To kick things off, Jonah talks a little bit about his background and journey. Jonah grew up in the California Bay area but moved to Portland, Oregon back in 2001. His spouse is a psychiatric nurse practitioner and their partner is a writer who also cares for the home. 44 now, Jonah knew in his 20s that he was trans, but didn’t transition until his 40s. One of the reasons he waited was because when he realized he was trans in the 1990s there wasn’t a lot of information out there. He only realized he was transgender after meeting another trans guy. Jonah also held off from transitioning because he wanted to have children and there just wasn’t any information available to say this was possible for the transgender community.

Prior to identifying as trans, Jonah identified as a woman and came out into the lesbian community, which was a common thing at the time. However, deep inside he knew he was not a woman. Today Jonah identifies as a pansexual male, meaning he is attracted to all genders, but on a personal level he is more attracted to individuals who present as male.

Jonah has lived with depression for a long time. As early as 5th-grade parent-teacher conferences were focused on the suspicions that Jonah had depression and anxiety. His Mother was more in denial about mental illness and didn’t believe there was anything wrong with him. Coining the phrase “Don’t air dirty laundry”, she thought he was just acting out because he was a child of divorce. Jonah’s parents divorced at 18 months and he discusses how this affected him, leading to selective mutism and severe stuttering.

Jonah talks about when he started to recognize that something was wrong and that he wasn’t just ‘acting out’. He started self-harming in about 4th grade, which he hid from his parents. He highlights a strong history of mental health difficulties in his family with his Father suffering from depression and Mother taking her own life in 2005. Jonah opens up more about his father and how he changed from being disapproving of him being lesbian to being supportive of him being trans, pansexual, and polyamorous.

Next Jonah talks about how he had to figure things out on own and started looking for help when he went to college. At the time he had no access to health insurance and lived in a rural area, with few resources for people that were dealing with issues like Jonah was having. During this time Jonah had some very negative experiences with therapy with one early psychiatrist saying that his issues with depression were due to him being gay and bipolar.

However, once he moved back to the San Fransico Bay area, he eventually found a wonderful therapist that helped him recognize that he had depression and anxiety, and that he could get help with those issues for without any shame. Until this point in his mid-twenties, Jonah had not had any medication, treatment or intervention that was helpful towards him. Expanding on this, he describes how he feels that it was the ability to rely on his friends which enabled him to stay alive so long under the circumstances. His friends took turns checking in on him, organizing it so that he would always have contact until suicidality passed.

Jonah then talks about his experiences with discrimination and harassment, but also how he could differentiate between having a bad day because of these experiences or because he was entering into a depressive episode. It was the ability to recognize that these depressive episodes happened with little or no reason, setting them apart from the triggers of discrimination and harassment. This took him a while to build the skill of teasing these things apart and understanding these thoughts and feeling. Jonah talks about how his journaling practice really helped with this, how he journals and why he holds onto them.

That path to ECT

Around 2013 Jonah developed a depression that would not go away and lasted for two years. He was consistently depressed, withdrawn and nothing was helping. Working with his psychiatrist he tried numerous medications, tried intensive outpatient therapy (daily for 5 weeks) and more. After a year, ECT was presented as an option. Jonah knew about ECT but only in terms of the sensational movie depictions and the negative history it had with ‘treating’ homosexuality, which understandably made him initially reluctant. After a couple of years, he finally decided to try it because nothing else was working and he didn’t think that he could make it much longer.

Jonah goes on to talk about his whole experience with ECT. It started with a consultation where he spent an hour talking to the procedural psychiatrist about what it looked like, what would happen, side effects, etc. He took both partners with him so they could all be well informed. Interestingly, even his own spouse that was a psychiatric nurse practitioner did not have much information from his training about ECT. During the consultation, hearing that Jonah would be put under anesthesia so he wouldn’t feel or remember anything, along with the fact that side effects would be mostly minimal, helped him feel comfortable going forward with the procedure.

The procedure was done in an outpatient setting, 2x per week. Jonah would check in with his partner, who would stay with him and drive him back home afterward as you are not allowed to drive for 24 hours after the treatment. During the treatment itself, Jonah would go to sleep and the next thing he knew he was in the recovery room 15 minutes later with a headache. It sounds terrifying that they initiate a seizure with electrical activity, but the reality is that it’s not that bad of an experience and you don’t remember anything.

Jonah started off with unilateral ECT, which is slightly less intense, and then moved into bilateral when it wasn’t helping enough. Once he switched to bilateral, things really took off. He woke up from the first bilateral treatment feeling relief. He could just tell that he was not as depressed and a certain amount of the weight had been lifted. There was hope. Jonah undertook ECT over a year, starting with 2 sessions a week, then once a week, and eventually to once every other week. At this point, Jonah wasn’t working as he wasn’t well enough. He was able to go onto federal disability right before his treatments, which freed him up to focus on himself and his mental health. However, he had to fight to get his disability benefits and appeal the decisions. In the end, it took the surprise of shock therapy to convince the judge that he was disabled and needed the benefits to enable him to fully devote this time in his life to recover.

Jonah talks about some of the short-term side effects which stayed constant throughout but did not increase. This was usually a headache and mild amnesia, which was much better than the alternative of staying severely depressed. We chat a bit about how successful ECT was for Jonah and take a look at how the course of ECT is individualized, starting with a standard treatment and then adjusting from there depending on how you tolerate the treatments and your particular lifestyle. Certainly, when looking at different options for treating treatment-resistant depression, ECT is definitely a long-term commitment.

Jonah is someone who has done the work: therapy, medication, intensive outpatient, groups. ECT was drastically more effective than any other treatment that he has tried. Currently, he feels that he is not severely depressed. He still has depression with ups and downs, but he hasn’t fallen into as deep a depression as he had prior to the ECT. He continues to take his medication, keep up his therapy, journaling and things to combat depression and he’s doing well. Asked if he still thinks ECT was the right choice? “Definitely”.

As we head towards the end of our conversation, Jonah also talks a bit about how being in a polyamorous triad has helped facilitate his treatments. He had two people being able to care for and support him throughout. Looking to the future, Jonah shares how he has taken “always keep fighting” on as a mantra – great advice!

Finally, Jonah talks about how he began transitioning with hormone replacement therapy only after he started doing the ECT. He described how there is a lot of fear when you transition and he needed to lift the depression to step forward and take that risk – Your path is individual and it’s up to you when you’re ready and not when others tell you.

To close, Jonah shares how he found my books to be very helpful ❤️ Awesome.

That’s a wrap. I’d like to thank Jonah for coming on this episode and being completely open and honest with us. It’s been really great to have you on the show and I’m sure your story will resonate with a lot of people.

This episode of Hardcore Self Help is sponsored by Green Chef.

Green Chef is a USDA-certified organic company that makes eating well easy and affordable, with a choice of meal plans shipped direct to your door. Head to greenchef.us/duff right now for 50% off your first box! 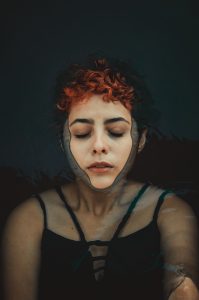 Why Deep Breathing Doesn’t Help Anxiety
Imagine this... Your eyes are closed. You can hear the hum of a crowd around you. Your face is flushed…