Episode 193: 500 Days of Meditation with Cheryl B Engelhardt

Hello, friends! This episode is an interview with the super interesting Cheryl B. Engelhardt. A government scuba diver, pop artist, music composer (and a whole lot more!) Cheryl has now surpassed 500 days of straight meditation. We talk about her background and life, her history of debilitating panic attacks and how she addressed these, as well as lots of other great things including the link between music and meditation, and how this influenced her new album, Luminary!

Before we jump into the interview, if you’re not on the Patreon yet then please do check that out. I’m going to be dropping a new episode of Duff the Life, a podcast with my wife, Joelle, where we talk about our life, mental health, and all that good stuff. We have some really interesting stuff going on in our lives at the moment, so I definitely suggest checking it out at patreon.com/duffthepsych!

Cheryl B. Engelhardt – Welcome to the show

To open, Cheryl gives us a glance into her history and talks about her background and upbringing, as well as how she realized that anxiety was apart of the whole mix. Cheryl grew up in Connecticut and now lives in New York. Growing up she always wanted to be a Marine Biologist, but also had a passion for music, learning to play the piano from the age of 2, and writing her own music at the age of 5! Cheryl talks briefly about her education and how she combined marine biology and music at university. She describes her first job post-study working as a scuba diver for the government checking out the water quality in rivers. During a break from her diving work, Cheryl was asked to produce promotional material, write music and help build a brand identity for a hotel in Rome. Her passion for music and film score writing pushed to the forefront and she never went back to her wetsuit! Cheryl talks more about this in detail and how her music progressed from here, through film scoring, pop music and even starting her own band.

Cheryl talks about how she met her husband whilst touring, how their relationship developed. They got married about 7 years ago and Cheryl opens up about how it was around this time that her life started to shift and she began to question her touring lifestyle – within a six month period she got married, lost her father, and also got a job to score her first feature film. Cheryl describes how these huge life events shaped her path leading forward, marking the end of her time touring with the band. We chat about how Cheryl could tell the difference between just being ‘bored’ and moving on, to a deep desire in wanting or needing something different and knowing exactly what she wanted.

Cheryl talks in more depth about this, including her path through different experiences and how there was a lot of “trial and error” in determining what she could do and what was possible for her to achieve, and her shift in mindset which allowed her to be more intentional in making life decisions.

Cheryl on personality types and being self-aware

Moving on, we talk about Cheryl’s personality type and she shares how she has always seen herself as an extrovert until recently when a friend highlighted how she recharges her energy from being alone and loves her own space. Now Cheryl describes herself as a very social introvert. We chat about this in detail and Cheryl shares how, even now, she and her husband spend a lot of time in a long-distance relationship. We talk about being self-aware and understanding your personal needs, what works for you and what doesn’t. Cheryl describes how she has always been a very mindful person, and how her own self-awareness has developed over time, being kick-started by a personal development weekend she attended when she was 26, encouraging her to learn more about herself and even hire a Life Coach.

Next, Cheryl talks in detail about her experience with anxiety, panic attacks and more, sharing how these manifested and the factors causing them to increase in frequency and severity. This included monthly attacks which left her physically sick and bed-bound for days – at first Cheryl didn’t realize that these were, in fact, anxiety and panic attacks until she underwent several tests which showed there to be nothing physically wrong. The Doctor talked to her about her life and suggested that Cheryl was suffering from anxiety attacks. Cheryl talks about this in-depth and how she didn’t make any lifestyle changes, mostly because she didn’t know what to do. And so she continued with life as usual. Cheryl opens up about her life in the following years, which included the joy of her marriage, but also the tragedy of losing her father. She describes how after losing her father she cried for the first year of her marriage as grief consumed her. However, because she didn’t have anxiety she thought she was fine…in reality, grief had taken over, something she struggled with until her good friend and life coach stepped in.

You’re done suffering…you can still be sad but you don’t have to suffer anymore.

In the time that followed, Cheryl returned to her work and all started to return to normal. However, she describes how the anxiety symptoms and attacks started to creep back in…but this time she was prepared. Cheryl started tracking her days and the significant events in her life in order to help understand the root causes. She shares how she achieved this, as well as how she identified that it was her marriage that made the biggest contribution to her anxiety. Rather than just ending her marriage, Cheryl took action. For the first time, she went to therapy alone, whereas previously she had gone to “fix” her husband. She took the time to learn about herself and describes this process in detail.

Cheryl describes how she began meditating and after two months of daily meditation, her anxiety attacks stopped. At the time of recording, Cheryl was on day 590! We dive into this in detail and Cheryl talks about how her practice developed and how she had to train her brain to slow down and recognize the positives in her daily life, not only the negatives. This started with something as simple as a gratitude exercise where every morning Cheryl would write down three things she was grateful for, as well as her favorite moment from the past 24 hours. This became part of a solid morning routine which Cheryl realized she needed, given that she works from home with very little routine. Although this helped, Cheryl continued having anxiety attacks and so began diving deeper into the research surrounding meditation. Cheryl started using the app Simple Habit, an app that she has now created music and positive affirmations – search for “affirmations” or “Cheryl B. Engelhardt” in the app. This meditation practice changed Cheryl’s life – she talks in detail about this, including all of the positive results she has noticed and learned over her 590 days of meditation. Cheryl also shares her progression in learning to meditate, how it didn’t happen overnight and was a gradual learning curve. Even now, her meditation isn’t always easy, but Cheryl shares her daily morning routine, which includes journaling, yoga, and meditation.

Lastly, Cheryl talks about her connection between music and meditation, and how this influenced her latest project. In her search for music to meditate with, she found nothing that really suited what she needed. Therefore, she started to write her own, which formed the basis of her latest album, Luminary – Piano/ambient music for mindfulness, focus, peace, and growth. Cheryl describes her experience writing this music, how it was shaped by her surroundings and her need for meditation music that connected and met her where she was, emotionally. We talk more about the album, how the music was crafted and even what makes it a perfect accompaniment to not just mindfulness, but yoga, and a host of other activities that require focus and connection, and the need to be grounded in the present moment. Cheryl closes by talking about her hopes and aspirations for the album, as well as leaving us with some notes of inspiration.

Anything you’ve ever done in the past has gotten you to where you are now…highlighting the good things is what’s going to keep you moving forward on a positive path.

The album, Luminary, is available to pre-order now and will be released on February 7th.

With that, I’d like to thank Cheryl for coming on the show – It’s been awesome chatting with you! If you’d like to keep up with Cheryl and her work, you can follow her over on Instagram @cbemusic, and @iamaluminary for daily inspiration, and positivity.

If you know someone else who might benefit from today’s show, please do share it with them. Send them a link or shoot over a screenshot, and share it on social media to show your support – you never know who needs to hear this type of information.

Episode 318: Feelings for Someone Outside of Marriage 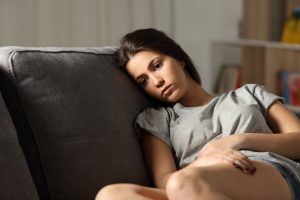