Humans are interesting creatures. We are capable of profound empathy and altruism. We have the ability to plan ahead and act on intellect rather than impulse. However, humans are not perfect. It’t not difficult to find examples of humans committing egregious acts of violence or blindly following an authority figure. Today on the podcast, we will dive into 4 psychology experiments that help us to understand the darker side of the human condition.

If you are a regular listener of the show, you’ve already noticed that we are doing something a little bit different today. Rather than a normal question and answer episode, I wanted to get in the Halloween spirit and do something a little more spooky. If you are a listener of the LORE podcast, you can probably tell that this episode is heavily influenced by the style of that show. If you have not, please check out the LORE podcast or the new show on Amazon.

One more thing before I talk about these experiments – the content of this episode will deal with things like murder, racism, obedience to authority, and unethical experiments. Please be advised if these are sensitive subjects for you.

On march 13 1964, Kitty Genovese was murdered in cold blood in front of her home. She parked her car just feet from her apartment when out of nowhere a man chased her down and stabbed her in the back twice. Kitty screamed in pain from the vicious attack sure that someone would help her in this public area. One neighbor yelled down and told the man to “leave that girl alone” – which caused the man to flee.

Kitty was left crawling toward her apartment on her own and 10 minutes later, the man returned to the scene and finished his job. He stabbed her several more times, stole her money, and even sexually assaulted her. A neighbor did phone the police and an ambulance arrived, but not soon enough. Kitty Genovese died from her injuries.

From the moment she initially yelled for help to the moment of her death over 15 minutes later, it is estimated that 38 of kitty’s neighbors had witnessed the murder…yet none of them chose to help or rescue the girl beyond yelling or calling the authorities.

Psychologists and laypeople alike were shocked at how such apathy and apparent indifference was possible. This prompted two social psychology researchers, John Darley and Bibb Latané, to develop a series of experiments to understand how something like this could happen.

They recruited university students and told them that they would be participating in a discussion about personal problems. Each participant would be talking to other participants of varying numbers in discussion groups, but each participant was in a separate room and the conversations would take place over microphones and speakers.

One pre-recorded voice stated that he was an epileptic student that was prone to seizures which could be life threatening. During the second round he started having a seizure.

Oh my god, I’m having a fit, I can’t…help me…I can’t breathe….someone help please…I feel like I’m going to die if….

The student couldn’t see the person, only hear the voice. The experiment was measuring how long it took the participant to leave the room and look for the experimenters to ask for help.

…only 31% of subjects tried to seek help.

Pretty scary, right? Most of the students were anxious and worried, but the majority did not try to get help.

Here’s where it gets really interesting – in the one-on-one condition, actually 85% of the students did ask for help. On the contrary, in the bigger group, participants tended to do nothing. How could something like this happen? How could someone know that another person is in possibly mortal danger and choose to do nothing about it?

This represents a phenomenon known as the bystander effect. Humans have a tendency to experience a diffusion or lessening individual responsibility that occurs when we think that another person will intervene.

Perhaps this has happened to you. Have you ever seen a domestic dispute at a mall or restaurant, but decided to not do anything because you assume someone else will in this public space? Ever see a car off the side of the road, but assume that someone else has likely called it into the police?

This research indicates that you are much more likely to intervene if you are the only person around. Otherwise, its much more convenient to just fade into the crowd. So next time you notice yourself fading into the crowd and assuming that someone else will take the lead in helping…you could be right…or you could be thinking the same thing that everyone else in the crowd is thinking…just like the more than 30 neighbors of Kitty Genovese, who’s diffusion of responsibility stopped them from potentially saving her life. 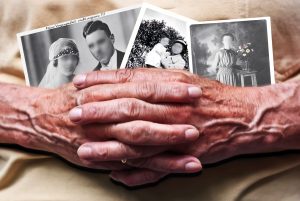