Should I Rekindle My Broken Relationship?

In episode 306, I received a question from a listener whose partner had recently left them, resulting in a downward spiral of depression and wondering whether to pursue their relationship. In this post, I take a look at the factors involved in these circumstances and offer my thoughts on addressing the situation.

I just stumbled on your podcast as I’ve been seeking to improve my mental health. My partner of the last 15 months left me this last week due to me not pursuing her enough over the last 5 months. We are on good terms, though the future of our relationship is in the air due to how fresh this all is. I have been on a downward spiral of depression as I was very close to her, her 4-year old daughter, and her family. Not having them in my life would crush me even more. Am I crazy for wanting to pursue her again after some time? How can I deal with this and make sure I don’t make those mistakes again?

Hi there. Thanks for the question. Let me first answer whether you are crazy for wanting to pursue her again after some time. No. You’re not crazy. Why would you not want to? You weren’t the one that broke things off and you are probably left feeling upset, confused, and without closure. That said, it may or may not be the best idea to pursue her in the future. It’s complicated, so let’s get into it.

Obviously, I don’t know the whole situation here. What you described sounds pretty abrupt. Even though she mentioned that you haven’t been pursuing her enough over the past 5 months, it doesn’t sound like you were expecting this to happen. Forgive me if I’m interpreting this wrong. One possibility here is that the real issue between you guys has been a lack of honest communication. 5 months is 1/3 of your relationship. That’s quite a long time when you think of it in that context. For something like that to persist for so long, that would be a legitimate concern. So, my question is how did that happen? Did she bring this up as a concern? If so, what was done about it? If she didn’t bring it up as a concern, that’s… concerning. Same goes for if she did bring this up as a concern and you didn’t do anything about it. I feel like I just essentially don’t have enough information here. BUT – I want to encourage you to dig a little deeper into the actual reasons behind this split.

The cause of depression

You mentioned that you’ve been on a downward spiral of depression, since you were close to her and her family. Is this the origin of the depression or was this going on before? The reason I ask is that significant depression is a common reason for changes in romantic or sexual behavior. You might intellectually feel like you love her and are attracted to her, but when you actually look at your behaviors from the outside, the depression may have made you less interested in intimacy, romance, sex, and other activities. You will also want to consider whether there were other issues in the relationship that could have been contributing to the lack of interest. For example, there could be issues elsewhere in the relationship, like concerns about finances, parenting strategies, etc. that started a pattern of pulling away from one another. In this case, the lack of pursuing her isn’t really the primary issue. Rather, it’s just the result of some other issue that is making you feel less interested or less safe in the relationship.

I think if you were to have a conversation about this to figure out what really happened, it would be important for you both to work on leading with your feelings rather than accusations regarding the other person’s behavior. For example, instead of saying that you have not been pursuing her enough over the past few months, she might lead with the feeling by saying something like, “I have been sad because I have not been feeling wanted by you lately.” That would likely lead to you asking why and then she can go into the behaviors or lack thereof that she has noticed, which has made her feel unimportant, unwanted, or whatever feelings she is getting. I hope you see what I’m getting at here. I have a feeling it’s not as simple as just that you have been less interested over the past few months. There’s more going on than that – likely on both of your sides. It will be important to try to identify what those factors are before trying to figure out if it is worth pursuing some repair of the relationship. One thing you might be able to do is ask whether she is interested in trying to see if there is a way to make things work at all. If she has no desire to be with you again, then you need to respect that, acknowledge that the relationship is over, and allow yourself to grieve. If she says that she would like to, but she doesn’t know how that’s possible, that is something that you could potentially work with.

If you both agree to try and rekindle your relationship

Let’s say that she is on board to continue trying – I think that the objective would have to be to work together to figure out if an enduring relationship can work between you two. There’s a subtle difference here, but you are not trying to get back together. You are trying to see if getting back together is a good idea. This might involve self-reflection on your part, conversations between the two of you, or even couples therapy if she would be willing to do that with you. If you are able to obtain any insight into how your behavior may have indeed changed during your relationship, you could certainly bring that up. You can also ask for more information about what she has been feeling. It’s important for you to not be defensive here. Don’t just provide counterpoints or discount what she is trying to express. Empathize and try to truly understand. Whether you agree with the intensity of her emotional response, you need to come to an understanding about what you did, how it made her feel, and how you (or you both) can do better in the future.

Taking accountability doesn’t mean that you are putting yourself into a weak position. You aren’t admitting that you are a terrible person. You are just acknowledging that you made her feel a certain way through your actions and that she has a right to feel that way. So rather than saying, “That’s not true! I tried to have sex with you on xyz night and you said no.” You could say something like, “It sounds like the way that I’ve acted toward you has made you feel like I’m not very interested. Is that true? I’m really sorry I made you feel that way. I do very much want you still. I always have. There are probably some other things going on that made me act in that way, but I do want to make sure I take accountability for it.”

Take time to understand yourself

This is a great period of time for you to be doing lots of writing, talking with people outside of the situation, and anything else that you can think of in order to reflect and come to a better understanding of what part you were contributing to the situation. Don’t avoid the topic just because it’s painful. If she is unwilling to put forth an effort as well, you need to recognize that. You don’t need to be strung along. You can take accountability for your side and also have some expectations of what working toward repairing the relationship should look like. If it’s all you pulling desperately to get her back and no signs of true commitment or interest on her part, you don’t need to put yourself through that. You need to feel the pain of the loss, heal from it, and move forward. Don’t make your feelings secret. This is a time for you to be honest and straightforward. Say clearly that you feel like there is a chance for you guys, that you understand some of the issues that led you to act in the way that she noticed and that you would like to work on things to see if getting back together would be possible. She is allowed to be uninterested, but I don’t want you to leave any room for misinterpretation. That is probably part of what got you guys in this spot in the first place. If she says no, you are allowed to hurt and you need to consider what you should do to make it through that hurt. You would be expected to have strong emotions, to feel angry, sad, hurt, betrayed etc.

You mentioned that you are still on good terms – that means you are still talking and/or seeing one another? You may need to consider if you can handle that. Some people can transition into friendship with people they once were in romantic relationships with and others can’t. There is no rule that says you have to. If she is unwilling to work toward repairing the relationship with you and you can’t handle seeing her family moving on with life, you may have to start avoiding contact to give yourself a chance to heal. Either way, I want this to be a prompt for you to dig deep, truly try to understand what happened, and learn from the experience whether or not you get back together in the future.

You can listen to this on Episode 306 of the podcast! 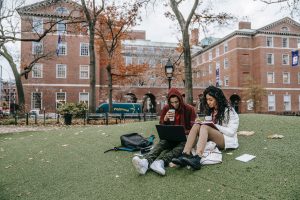 Episode 306: Getting Partner Back & Bipolar in College
Hello, friends. In this episode, I answer questions on addressing a broken relationship that ended due to a lack of…