Signs that Someone “Gets” Your Mental Illness

If you suffer from anxiety, depression, or any other mental health issue, you probably also suffer from the never-ending problem of people not understanding what you are going through. For someone not living with mental illness, it can be very hard to relate, which causes people to offer bad advice or unwittingly minimize your experience. I took to Twitter and Facebook to gather your perspectives about this and compile this list of 5 signs that someone “gets” your mental illness. 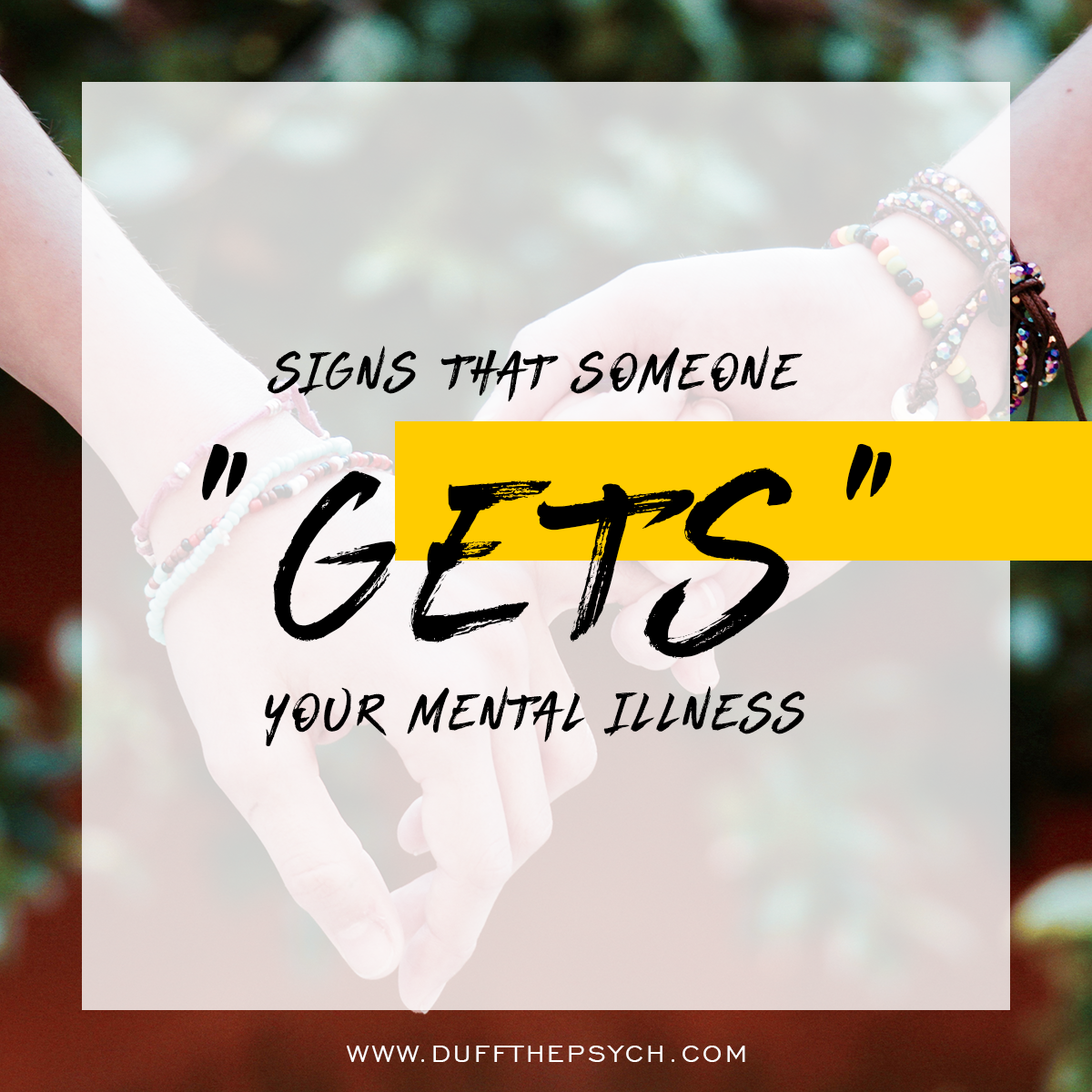 Here are some actual responses provided on Twitter or in the private Hardcore Self Help Facebook group (anonymity preserved since it’s a private group).

It’s definitely arguable whether someone can really get it unless they have had mental illness themselves. Second best is that they actually try to understand what you are experiencing. This is one way that someone can shift from sympathy (feeling bad for you) to empathy (trying to see things from your perspective). A great way that someone can demonstrate their interest in learning more about what you are experiencing is by asking questions. When you tell them, “Hey… the reason I’ve been missing so much is that I’ve actually been really depressed,” a statement of “Oh. I heard on Doctor Oz that if you take a cold shower, it can snap you out of it and make you more motivated,” will fall really flat or just piss you off.

If instead they say say something like: “Wow. Thank you for telling me. Do you mind if I ask, what’s depression like for you? I know it’s kind of different from person to person,” that is an indication that they are legitimately interested in better understanding your experience. It also shows that they know enough about mental illness to not make quick assumptions.

If you suffer from mental health issues, you probably beat yourself up enough. You already think that the world views you as damaged goods, which you hate, but also agree with at some level. You definitely don’t need someone to suddenly act like they are talking to a child when you disclose your mental illness to them. That just confirms your hypotheses that you are inherently worth less than people who don’t have the same struggles.

Instead, when someone is able to continue treating you like a real person, it can be a powerful experience. Mental illness is a part of who you are, but it’s not the only part of who you are. It’s the context behind your day-to-day life, but that doesn’t mean you are childish or immature. The fact that you are being honest with yourself about the struggles that you are having is a brave, mature thing to do. Signs of treating you like a real person include: using a concerned, but normal tone of voice, continuing to engage with you socially, and avoiding questions like, “oh you probably can’t do that because of your anxiety, huh?”

I feel like only if they've had it themselves. That being said it helps if they actually focus on listening instead of waiting for me to finish so they can talk. Also taking it seriously like an actual health issue instead of just a bad day I can wish away

“You should get some essential oils. Those make me feel a lot better when I’m sad!” Want to punch this person in the face? Me too. Sometimes people seem like they only endure your honesty about mental illness so that they can have their turn to talk and can offer their terrible advice and quick fixes. That’s a sure sign that someone does not get it.

Instead, someone who gets it will take a more passive approach and actually listen to what you have to say. You are telling them this information for a reason and the fact that they listen instead of interrupting or jumping in with minimizing comments indicates that they know this is an important aspect of your life and they will be able to understand better if they give you space to speak about it. Again, this comes down to not making assumptions. They don’t presume to already know what you are going to say, which truly demonstrates respect for you as a person.

They Acknowledge the Weight Of It

Tone of voice can tell you so much about someone’s feelings. If you get the patronizing “Ohhh okay. Mhmmm. Woooowww. You poor thing,” type of response from someone, you can be reasonable sure that they are not appreciating the gravity of what you are telling them. Of course you want them to continue treating you like a real person, but they should at least acknowledge that this is a big deal.

Someone who gets it will set their phone down and stop scrolling through Facebook, their facial expression will become appropriately compassionate or serious, and their tone of voice will change somewhat. Their tone of voice will communicate, “This is something that really affects you.” They might also sound appreciative for being trusted with the information. That would indicate that they understand mental illness is not always easy to talk about.

Their Eyes Light Up

Their eyes light with that “me too” face

Finally, there are of course those people who simply understand what you are talking about on a visceral level. They’ve been there. Maybe not your exact situation, but there is this almost indescribable look of understanding that comes over someone’s face when you are telling something that they can truly relate to. A look that communicates gratitude for not being the only one who has experienced these gross feelings. That’s special.

Of course there are many other ways to demonstrate understanding and empathy. Did I leave anything out? Let me know in the comments or on social media! If you’re looking for a group of people who get it and are on their own quest for self-improvement, I’d love to have you in my private Facebook group. 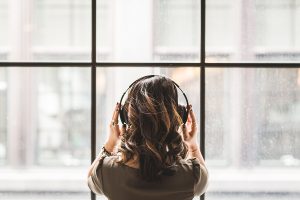 Episode 89: A Guided Relaxation for the Holidays
I know I already did a holiday themed episode, but I figured you guys could use a little more love…