Anger After Suicide: How to begin healing your emotions

In episode 308, I received a very raw question from a listener who is struggling to process their father’s suicide and is experiencing feelings of anger accompanied by guilt. In this post, I talk about suicide in an elderly population and offer advice on how to deal with the raft of emotions after losing a loved one to suicide.

Hi there. There is a lot of talk about suicide and suicidal ideation out there but nowhere can I find a video or podcast to help the people who are left behind.

I witnessed my elderly father’s suicide 14 months ago.  He had already shot himself when I got to the house and I was with him in his final moments. You can only imagine the terrible scene I witnessed that replays in my mind. I spoke very poorly to him in those moments calling him a “F****** SOB” and “how could you do this to our family”. Of course, this has caused me a lot of guilt but at the same time I am still so very angry at him that I really do not even mourn his death. Any advice is appreciated.

Disclaimer: I’m going to be talking about suicide. There is variation in the way people use language surrounding suicide. Some people prefer to always say death by suicide. Some people never use the word and instead say things like taking one’s own life etc. I’m just going to say the word suicide, and I’m going to be saying it a lot. It’s not a boogie man. It’s also not all one thing. There are a variety of reasons that suicide may occur. There are many circumstances in which suicide occurs partially because someone was too afraid to talk about it. For that reason, I advocate for talking about it openly and plainly. Suicidality is an issue that many people live with and I want to normalize discussion about it.

First off wow. That’s so terrible what happened. Regardless of how you feel about suicide, the trauma that you have experienced from seeing him in that state and literally watching him lose his life is horrific and I’m sorry that you’ve had to live through that.

I first want to normalize your experience. Truly we have little control over our behaviors in extreme circumstances like this and we also don’t really get to control the way that grief occurs. I don’t know the context of your relationship with your father, so I am not here to judge you for feeling the way you do about him or the way you reacted to him in that moment. Your dad could have been a bastard all his life for all I know and him doing this was a final act in a long string of ways in which he has hurt you and your other loved ones. I am not one to say that suicide is inherently selfish or wrong. In fact, in some cases, I think that people deserve to have more autonomy than they do in determining whether they are “allowed” to continue living or now. A lot of people don’t know this, but elderly folk are actually a group that is at increased risk of suicide. There are a number of possible reasons for this. One of the main ones is that getting old sucks for a lot of people. They have physical health problems, they may have cognitive issues, they may feel like a burden to other people, they may have lost the ability to do things that they love, they may have lost a longtime spouse, etc. On top of these contributing factors, they also tend to be less resilient than younger people. So if they make an attempt, it is more likely to be fatal. So, again – I don’t know the context of this. I don’t know why your dad killed himself or what that represents within your family.

Most people realize that suicide will have a big impact. They know it will cause pain and that there will be logistical issues that arise from it. So you’ve got to imagine what it feels like in the mind of someone that comes to the conclusion that this is their best option. I’m not asking you to have sympathy for him at this point. Like I said, for all I know he could have been an abusive asshole. Just giving you some food for thought.

Your anger is valid

I want to be absolutely clear that you are allowed to be angry. There’s nothing wrong with that. There are any number of reasons that you would be angry. You could be angry at him for leaving work for you. You could be angry about the way his death has hurt others in the family. You can be mad that he gets to go while you have to stay. Regardless of why – your anger is valid. One thing that you may find in time is that anger is just the most convenient expression of what you’re feeling right now. I find that anger is easily accessible. It’s often a secondary emotion, meaning if you dig deeper there might be regret, resentment, or other feelings that are beneath the anger, fueling it. This might be a good time to break out the emotions wheel and see where that gets you. But regardless. It’s okay to be angry. And sad. And confused. And scared. It’s also okay to not mourn someone. I don’t know what your religious, spiritual, or cultural background. But your father is gone. He is gone whether you mourn him or not.

I think there is something special and healing about grief. It helps you to move through the experience of losing someone as an individual and as a community. But that doesn’t necessarily require you to feel sorrow about the fact that they are gone. Grief looks different for every situation. I’ve cried my eyes out over losing people in my life, I’ve been happy for certain people to be gone for their own sake, and I’ve shed not a single tear for family members that passed because I hated what they did in their life to other people that I loved. It’s okay for you to miss parts of the experience of having a father without missing him as a person. It’s okay to both be angry with him, to feel betrayed by him, and to wish he was still around. Missing him does not mean that you forgive him for what he may have done to you.

Another thing that is worth grieving is the lost opportunity of having a better relationship with him. It’s worth grieving the version of your life where things didn’t come to this and you still had a father. It’s worth grieving the version of your life where you didn’t have to serve as a support to the others left behind by his death. This process will take time. Your feelings are primarily angry right now. That makes sense. As I said, anger is easily accessible and easy for us to understand. As time goes on, those feelings may shift and evolve. Even if you don’t come to a place where you have fond feelings toward him, you may be able to recognize the nuance in what you feel. That is also part of coming to a place of more acceptance.

I would highly suggest that you get some individual therapy any/or participate in support groups. The reason is that these would be places where you can fully express yourself, anger and all, without being judged for it. I know that these things can also be highly charged within families. So, you may not want to speak so openly about all of your difficult feelings because of the way that it will impact others in the family. Please don’t underestimate how healing it can be to just speak honestly about this. There may be some pain hiding behind that anger as well, and there is no better place to experience that than with people who get it. You can also express yourself in writing. Write letters to him that you would want him to hear. Say things that you never had the opportunity to say. These are just for you and they serve the purpose of helping you to work through your feelings. You don’t need to feel guilty about anything you write. There may be angry parts of those letters and there may be apologetic parts. Part of your anger could be at how you wish you could have another chance to speak to your dad in a different way in his final moments. Perhaps you can have a do over in your own journal. You might even need to write out what you wish you had said or done several times. I know it can be tempting to say that it makes no difference now, so why bother. But again, this is for you. This will help you sort through your emotions and come to a place of more peace in time.

I heard a quote recently that was something to the effect of “forgiving someone is like accepting the apology they never gave you.” I don’t expect you to forgive him or to let him off the hook so to speak. But it might be helpful for you to think about what you would have liked that apology to be. If he could stand before you, what would you like him to apologize for, if anything?

In the end, you could do a million things to help yourself fully understand your feelings toward him and his suicide. You could do absolutely nothing and just try to live your life. Either way, he is gone and you need to continue living. Time and non-avoidance will smooth out the edges. Have compassion with yourself. Your feelings are valid and they are nuanced. There is no perfect way to do this.

You can listen to this on Episode 308 of the podcast! 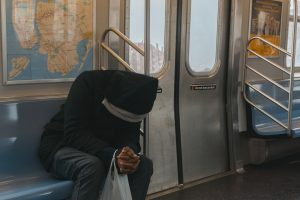 Episode 308: Anger After Suicide & Restarting Medication
Hello, friends. In this episode, I answer two questions sent in which address learning to navigate life and your emotions…