Why do we Watch Things That Remind Us of Our Trauma?

In this post, I dive into the first question from episode 254 of the podcast from an individual with avoidant personality disorder who is struggling to move forward from past trauma when their avoidant behavior acts as a trigger.

Long-time listener and lover of the podcast! I have a question. I have avoidant personality disorder, major depressive disorder (mostly in remission), and some PTSD. I’ve noticed that at times when I’m really stressed out and wanting to disconnect from everything I tend to gravitate towards content that will ultimately end up triggering me, (movies about similar trauma I have experienced, influencer drama that reminds me of abusers behavior, that kind of thing). At the time I don’t really notice that I’m doing it. I’ll just suddenly get invested in a new YouTube channel talking about the topics or a tv series and it feels kind of good to really get into it and get emotionally invested, but then when I am done with the series or if there are no more videos to watch I feel terrible and end up having to go through processing my own trauma that it brought up again.

How can I learn to recognize whether I’m into a show because I’m genuinely interested or if I’m just being avoidant and trying to re-live my trauma? I can never tell until afterwards and I go “Woah, it was not a good idea to get so into that”. Even when there are times when I question why I’m invested in some form of content I usually chalk it up to being invested in the story and don’t realize I’m just re-opening my old wounds over and over again.

Why do I feel the need to keep re-opening and re-living the same trauma again and again?

This is a good question! I think that a lot of people can relate to the feeling of gravitating toward things that support the mood they are already in. For instance, listening to sad music when you are sad. There are probably a variety of reasons for this. It could be to feel understood, it could be to have the catharsis that comes along with feeling, it could be to make the pain bigger to justify the impact that it’s having on you… it could be all of them.

In your situation, you are talking about a specific version of this related to your trauma. When you are stressed and want to turn off, it tends to be with things that remind you of your trauma. My first questions, before you go and start blaming yourself, are how many things end up reminding you of your trauma and how many popular shows/posts/videos are about those topics?

I do want to be careful about using the term triggering here because that has taken on a bit of a different meaning over the years. In the clinical sense, triggering means that something causes an exacerbation in PTSD symptoms, most often flashbacks. Not just that it upsets you or you don’t like it. I’m not sure what the situation for you is here because you did mention some PTSD. Not sure if that means you are diagnosed with PTSD and have full symptoms or that you’ve simply had a hard time existing after some traumatic events in your life. Either way, you are saying that the experience of watching these movies or engaging with whatever media is easy to slip into, entertaining for a while, and then makes you feel bad when it’s done.

I think the most important thing here is to be mindful of the way this is impacting you. There is actually nothing wrong with watching something that reminds you of your trauma or even something that triggers you. It can be upsetting and very uncomfortable for sure, but you likely aren’t re-traumatizing yourself.

Trauma is interesting because one of the things that actually keeps it locked away and maintains its power over you is avoidance. However, we also want to be careful to not just completely allow you to psychologically unravel. That’s what I think people are talking about usually when they say retraumatizing. Having something come to the surface and it rocks them so much that it causes them active suffering, gets in the way of life, and they have to intervene in some sort of way to move forward. So, it’s a personal thing, but avoidance of any and all triggers in the broad sense isn’t necessarily helpful. It gives the trauma a lot of credit and keeps it in this special place locked away where dangerous things go. I’m almost imagining the books in Harry Potter with the chains on them that shake and make monster noises.

I wonder if your curiosity about things that are similar to your trauma means that your mind recognizes that you have unfinished business and there is more processing to do. Watching TV shows that completely put you into fight or flight, give you flashbacks, etc. isn’t necessarily a productive way to process your trauma. But you still may be subconsciously trying to work something out or reclaim something. For instance, a lot of people who have a history of trauma really get into true crime media. In other cases, someone might get into BDSM or kink as a reclamation and to put something that was traumatizing into their sphere of control.

My assumption is that your trauma is a big part of who you are and it’s baked into a lot of your thinking and decision-making, so at a certain level, this might just be content that you understand and relate to. There’s nothing inherently wrong with what you’re doing. If it’s something that is really setting you back because it’s causing you so much distress, then you are going to want to try to pay attention to these things and maybe impose some boundaries on yourself so that you don’t wind up in a bit of a spiral when you can’t afford to do so. I also don’t want to encourage you to just avoid anything that is interesting to you just because it makes you feel. This is a personal balance and you’re allowed to do whatever you want here.

That said, I also want you to pay attention to the unfinished business part of this. I don’t know much about your situation right now, whether you are in therapy or not. But it could be that you are craving the ability to live without constant fear of triggers. That you still want to work toward re-writing your own narrative. If that’s the case, I highly encourage you to enlist the help of an experienced professional that specializes in trauma. It’s tough and it’s sticky, but there are effective treatments from trauma. You don’t need to become best friends with your abuser or frequent locations that you were traumatized, but ideally these unpleasant memories can evolve to feel less immediately threatening and you won’t have to overgeneralize to avoiding anything that resembles your core triggers. EMDR, trauma-focused CBT, or brainspotting are all approaches that you can look into.

You can listen to this on Episode 254 of the podcast!

How To Treat A Phobia Of Medication

Mental Health At Work: Will I Lose My Job? 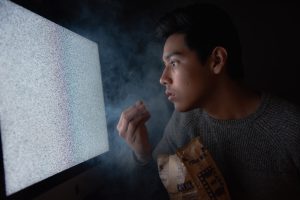